How We Level Our RV/Travel Trailer

Before Jenni and I purchased our own first travel trailer, we often went camping with Jenni’s grandma. She has a huge fifth wheel and loves camping, so in the summers it gets used a lot.

To level the fifth wheel, we had to use planks. Sometimes two planks. It even happened that we had to move the camper a bit further or back it, and then use planks before we could get it level enough.

When we purchased our travel trailer last year, the guy who sold it to us was kind enough to include some Andersen levelers.

He had bought a big package with a bag, three levelers, blocks, and even a foot scrub step to put outside the trailer.

We didn’t think much of it then, but after being on the road we have quickly fallen in love with the ease and utility of these levelers. Now we can park at very unlevel spots and get level in a matter of minutes. 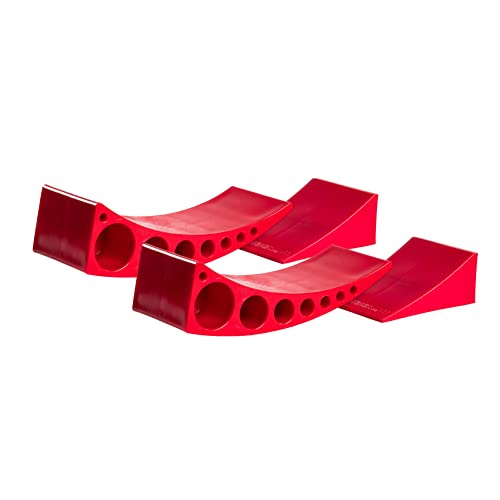 The best thing about the Andersen Levelers is the fact that they fit a lot of scenarios. Since it can lift your tires up to 4 inches.

If one inch isn’t enough, keep rolling up on it until you’re level. There is no need to get another plank/block.

I made this 15-second video to show you how quick the setup is. Note that we put the levelers behind the tires this time.

Usually, we put them in front of the tires. It depends on how much space we have in front/behind the truck and trailer.

To get started, put the Andersen Leveler in front of the tire. If you have a tandem axle (two tires on each side), you should put one in front of both tires on one side.

Since we’re trying to level the trailer, you should never put levelers on both sides of the trailer (unless you have a good reason to, of course). 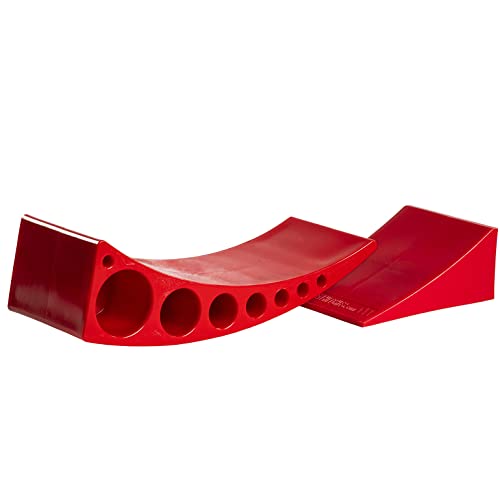 Next, drive up onto the levelers. If you have an assistant, have them check the level of the trailer and give you a sign to stop when it’s level.

Now is when the chock should be put behind the tire, so it sits as support to the Andersen Leveler, as seen in the picture below. 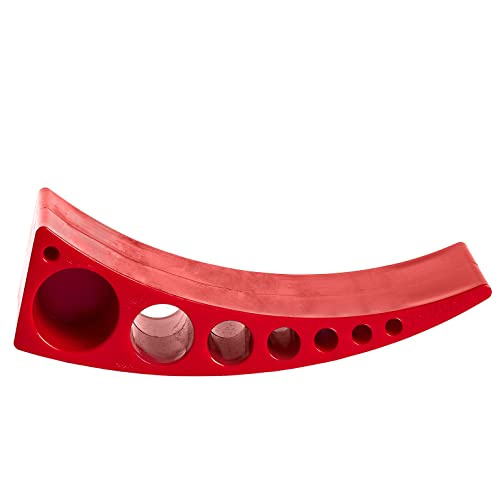 When it’s time to leave, just do it all in reverse.

The Andersen Levelers can handle up to 30,000 lbs and tires up to 32″ diameter. If you have a tandem axle trailer and can’t fit one of the levelers in between the tires, you can cut off up to 4 inches of the leveler without making it less durable.

What’s The Next Step From Here?

We have actually found an even easier way to level manually, and we’re going to get it installed soon. I am talking about LevelMatePRO. 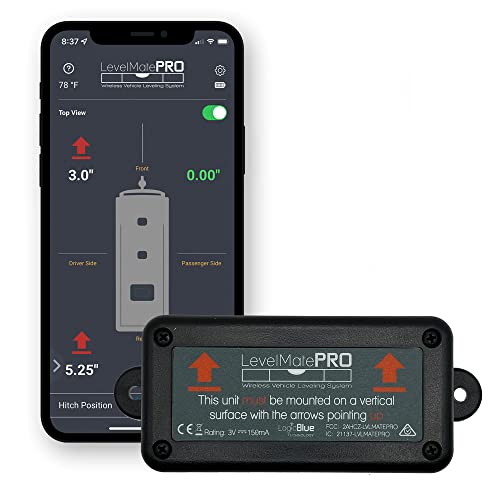 The LevelMatePRO lets you see how level your RV or trailer is via a phone app. I will be making a separate post about it once we’ve installed ours and used it a couple of times.

Pair the Andersen Levelers together with the LevelMatePRO, and it will be effortless to see how many inches off you are, and when you’re level.

Knowing how many inches you’re off, to begin with, will let you know if the Andersen Levelers are going to be enough. Since they can do up to 4 inches of leveling, you would need a plank or block if you’re 5 inches from level.

The LevelMatePRO has a couple of other neat features as well, but I’ll talk about that in its separate post.

How do you level your trailer? Let us know by leaving a comment down below.