Can I Install a Furrion on an RV That’s Pre-Wired for Voyager?

It can be hard to tell what RV backup camera your camper has been factory pre-wired for.

RV manufacturers change the wireless backup camera pre-wire kits they install all of the time.

The same model of RV from a different year may be wired for a totally different camera.

It will take a little more effort but it’s something most RVers who know a few things about splicing wires and caulking can handle.

Table of Contents show
Can I Install a Furrion on an RV That’s Pre-Wired for Voyager?
What You Need
How to Mount A Furrion Backup Camera on a Voyager Pre-Wire Kit
Remove Voyager Mount
Swap Voyager Plug for Furrion
Install Furrion Mount & Seal
Add Furrion Camera
Conclusion About Installing a Furrion on a Voyager Pre-Mount 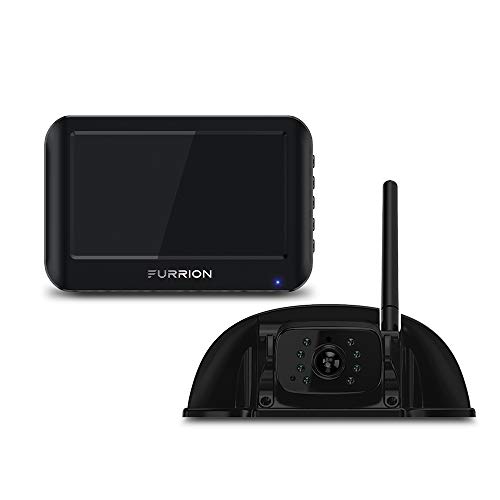 There are two main things you will need to do in order to swap out the Voyager for a Furrion. First, change the mounting plate. Second, alter the wiring.

There’s really no simple adaptor out there that will make the Furrion attach to the mounting plate for a Voyager RV backup camera.

That means the best way to install the Furrion is to remove the Voyager mounting plate altogether.

Start by removing the screws on the Voyager mounting plate and pry the plate from your RV.

There may be some caulk and Butyl tape you will need to clean off before you install the Furrion’s mounting plate. You want the surface you will mount the Furrion on to be as clean as possible to prevent leaks.

Once the Voyager mount is removed there will be a hole with the wiring and plug hanging out and 4 screw holes.

There currently aren’t any good adaptors to turn a Voyager plug into a Furrion one, so the best way to go is to cut the Voyager plug, strip the positive and negative wires, and attach the plug kit that came with the Furrion camera.

You won’t need to use waterproof wire connectors because you will be able to push the connectors into the wall of the RV where they can stay safe and dry.

See Also: The One And Only Guide To RV Leveling Blocks

The Furrion camera comes with instructions (click to view Furrion camera manual) for how to install the mounting plate but it’s pretty straightforward.

Just line the plate up with the hole the plug is coming out of and screw it into place.

Make sure you put the included gasket between the mount and wall of your RV.

If you’re lucky two of the Furrion screw holes will line up with two from the Voyager, but if not that’s ok.

The mounting plate of the Furrion should cover the top two holes created by the Voyager pre-wire. But there will still be two below the Furrion left open and exposed.

You will need to waterproof them to make sure no water get’s inside your RV. Do this by putting in two of the old screws from the Voyager.

When you have the mounting plate to the Furrion installed it’s recommended to use sealant around the edges of it to make sure it’s fully watertight.

When you’re applying sealant make sure you also cover the two screw heads that are filling the extra holes from the Voyager, this will ensure no water will be able to leak in.

The Furrion mounting plate is now installed with the Furrion plug sticking out the center. Now all you need to do is add the camera, make sure you plug it in before securing it with the 4 mounting screws.

Make sure the antenna is attached as well, it can be screwed on either before or after mounting the camera.

Note that wireless RV backup cameras are usually wired to the running light directly above the mount. That means most of these cameras will not receive power unless the running lights are on as well.

Conclusion About Installing a Furrion on a Voyager Pre-Mount

Once the Voyager mounting bracket and plug have been removed installing a Furrion RV backup camera is fairly easy.

The main thing you need to do is make sure the 4 holes from the Voyager mount are sealed properly.

You can just fill the holes with sealant but I like to add sealant, screws, and then more sealant. That way there’s no risk for the globs of sealant to loosen and fall off over time.

See Also: What Do I Need To Use Hookups At An RV Park Or Campground?

If your Furrion RV backup camera didn’t come with a cable that has a plug on one end and two bare wires on the other you may need to cut the plug on the camera itself and hardwire it to the wires coming out of the RV.

This should be a last resort and you may be able to contact Furrion and have them send you the necessary wiring cable so you don’t have to cut the plug on the camera.

A popular Furrion RV backup camera kit is the 3 camera system (click to view on Amazon) that comes with a rearview camera and two side cameras. 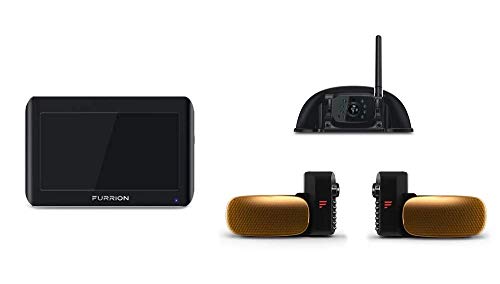 This kit can be used on an RV that’s pre-wired for a Voyager camera as well.

The cool thing about the side cameras is they are made to replace the side running lights so there is no hole drilling required and no new screw holes need to be made.

The installation is very easy and it’s a great way to eliminate any blind spots on the sides of your camper.

Hopefully, these install instructions have been helpful to you. RV backup cameras are a fantastic camper accessory that really does make backing into campsites much easier.

I highly recommend them to every kind of RVer.

If you have any questions or additional things to add leave a comment below.