Is The Jackery Explorer 160 Better Than The Goal Zero Yeti 150?

Being able to charge your devices when you’re far from home is a necessity nowadays. They’re also good to have as backup-power at home since power outages happen, regularly to some.

Two popular power station brands are Jackery and Goal Zero, and both of them have products in a lot of different sizes.

The Jackery Explorer 160 and Goal Zero Yeti 150 are some of the smallest portable batteries that have an AC outlet, and in today’s post, we’re going to compare the two.

There are some clear differences, and actually a clear winner in my eyes, but I recommend you read through this post and make up your own mind.

If you want to go straight to the conclusion and my recommendation, use the Table of Contents below. You can navigate the post by clicking on the different headings of the post.

Now, let’s start by comparing the specifications. Then we’ll talk about what the differences mean and why they matter. 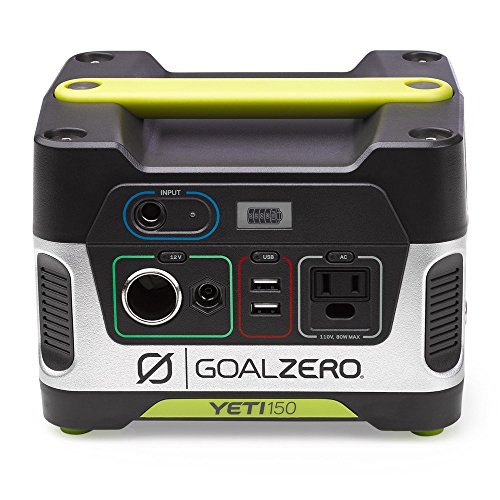 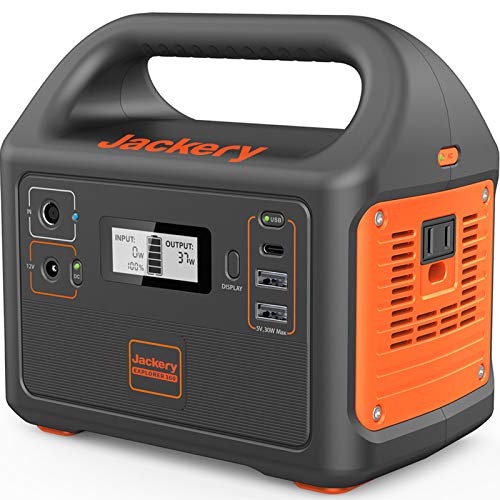 Note: Scroll left/right on small screens to view all products in the table.

Differences And What They Mean

The battery capacity is how much the battery inside the power station can hold at a full charge.

A 50W device uses 50 watt-hours per hour, so the 167 and 168 watt-hour batteries inside of these power stations will last almost three hours when powering a 50W device.

The reason we need to multiply by 0.85 is that the inverter that changes the 12V DC power to 120V AC power isn’t 100% efficient, but usually around 85%. If your device is powered via DC/USB (i.e. directly from the battery) it will be more efficient and you can expect a higher than 85% efficiency rate.

The Goal Zero Yeti 150 uses lead-acid batteries while the Jackery Explorer 160 uses lithium batteries. Lithium is not only newer and better in terms of charging/discharging capabilities and lifecycles, but you can see what a difference it makes in weight since the Yeti 150 is more than twice as heavy.

This is a big deal on its own, and a huge reason why I recommend the Explorer 160 over the Yeti 150.

The inverter rating is how powerful the AC outlet is. An AC outlet is just like a household outlet that powers 120V electronics. The outlets on these power stations aren’t capable of outputting as much electricity as one in a house though, and that’s why it’s good to know the inverter rating.

So how many watts do your devices need? Well, the wattage rating can usually be found on the power brick of the device or on the device itself. If you can’t find it, you can try Googling “device name + power usage watts”.

It’s good if you know how many watts you’re going to need when choosing a power station. If you try to draw too much power from the inverter, it will shut down and have to be turned on again.

Even though there is only one outlet, you can connect a power strip to power several devices at once.

Both have a single AC outlet. There are the same amount of USB A ports on both, but the Explorer 160 has a USB C port.

The Yeti 150 has two DC outputs, one being a full-size cigarette lighter port. Neither of them is regulated.

Jackery has put a regulated 12V output on the Explorer 160 and includes a 6mm to cigarette lighter port adapter so you can power 12V devices you usually plug into the 12V port in a vehicle.

The input ports on both power stations are 8mm ports.

Here are the charging times for the Goal Zero Yeti 150:

Since both power stations have an 8mm input, they both support a lot of the portable options on the market.

I recommend the Goal Zero Boulder 50 if you want a rigid panel or the Jackery SolarSaga 60W for a more portable option.

Two other panels that are compatible are the Rockpals 60W and Suaoki 100W.

If you have a solar panel with MC4 connectors, you can connect it to both the Yeti 150 and Explorer 160 with a SolarEnz adapter.

Both power stations can be used while they’re charging, with one exception.

For some reason, the DC output on the Jackery Explorer 160 doesn’t work while the battery is receiving a charge. The USB ports and AC outlet keep functioning, but the DC output does not.

I have written a post over on the Solar Addict about this where I also link to compatible batteries.

Goal Zero includes the wall charger with the Yeti 150.

Jackery includes a wall charger, a car charger, and a DC to cigarette lighter port adapter with the Explorer 160.

Conclusion – Which One Is Better?

So which power station is the best?

Well, in my opinion, the Jackery Explorer 160 is the clear winner.

A portable power station has to be portable for its power and capabilities, and the Yeti 150 just isn’t lightweight enough due to the use of lead-acid batteries.

The Explorer 160 also has a more powerful inverter, a USB C port, and a regulated 12V output.

What I do like about the Yeti 150 is the fact that you can replace the battery and use all of the ports while the battery is charging.

The Beaudens 166Wh is a great option if you’re looking for a power station similar to the Yeti 150 and Explorer 160. It has a 166 watt-hour capacity in lithium iron phosphate batteries, which can go through more than twice as many cycles before seeing the same permanent damage as most power stations.

The Goal Zero Yeti 200X – A newer power station from Goal Zero that has a regulated 12V output, a 120W inverter, two USB C ports (one USB C PD) and a screen that shows the percentage. Overall a really good and portable power station.

What do you think? Let me know if you have a different opinion or any questions about either of the two power stations by leaving a comment down below.