We camped at Twenty Mile Beach by Walker Lake Nevada in April 2020 for 3 nights.

Related: Save 50% On Campgrounds All Over The United States With Passport America 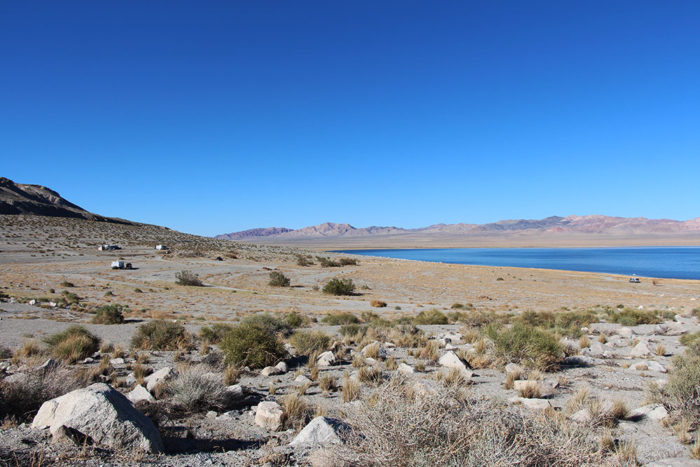 Walker Lake is a surprisingly large body of water in the middle of the Nevada desert near the California border. The lake has been slowly disappearing for years as more and more water has been taken for irrigation. Today the lake is still enormous and nearly 500 feet deep, but you can see just how low the water levels are compared to what they used to be.

There’s a lot of free camping along the western side of the lake and even a state park if you prefer more established campsites. Twenty Mile Beach is the northernmost free camping area. There’s a hard-packed dirt road that leads from the highway to a dumpster. At this point, you can go left or right. 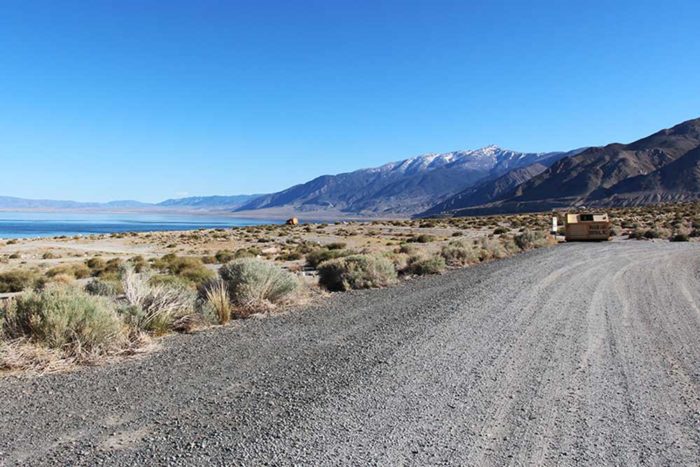 We choose left because there were already a bunch of people camping to the right down by the water. If you go left the road curves around and ends at a vault toilet.

The most important thing to know about camping at Walker Lake is once you leave the road you will be driving on loose sand that is extremely easy to get stuck in. The water is still about 500 feet away from the road and when we first arrived there were two large 5th-wheels down on the beach so we thought it would be pretty easy to drive down there. 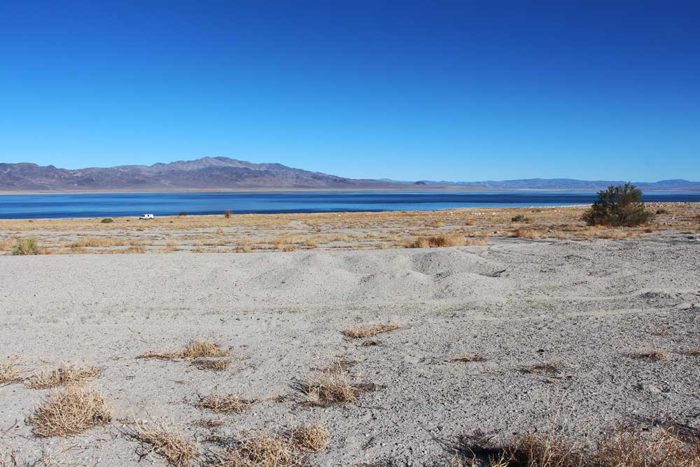 We got about 100 feet before we realized that with our 32 foot travel trailer, we were either going to get stuck or have to gun it and have a fast bumpy ride down the water then stress about how we were going to get out of there. We choose to camp on a sand shelf a little way down from the road.

Even where we camped it was still hard to get out because of the sand, and an RV even got stuck by us the next day. They had to call a tow truck to get out. My suggestion would be to camp around the vault toilet or in one of the pull-outs along the gravel entrance road.

We camped by Waker Lake in early spring. The temperatures were high 80’s and it was windy the entire time we were there.

Even early in the year, there were a ton of bugs. Walker Lake is known for its Orb-Weaver Spider invasion in the summer and the later in the year you are there, the more mosquitoes you will encounter.

The lake is beautiful, and we could see the snow-capped Mt. Grant in the distance. We were hoping to do some paddle boarding, but the water was pretty murky and full of algae. Because it’s a disappearing lake that’s full of minerals the water isn’t very clear and clean. People still swim in it though and if the wind had let up we may have been more daring and taken out our paddle boards.

The Veterans Memorial Highway runs above the Twenty Mile Beach Camping Area and it’s pretty busy 24/7. But it wasn’t too noisy and we had no trouble sleeping in our travel trailer. 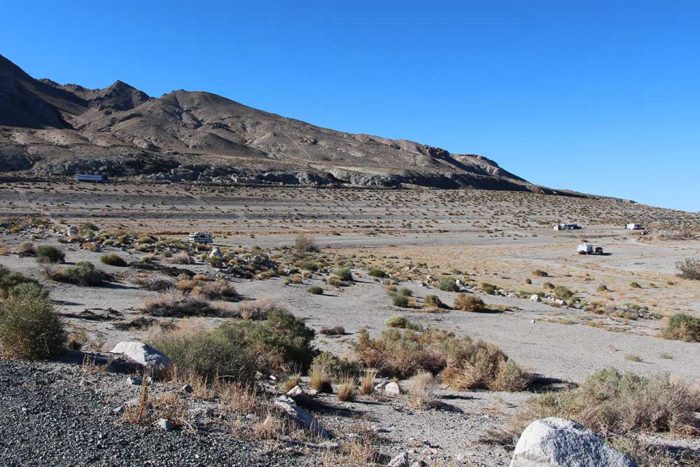 Hawthorne Nevada is only 20 miles south of Twenty Mile Beach and there’s some casinos and a decent RV park called Whiskey Flatts we stayed in one night to dump our trailer. Hawthorne is the largest army depot in the world and the entire area is filled with bunkers and storage sheds which are filled with ammunition and other army supplies. If you drive south or Hawthorne you can see the dirt covered storage buildings for miles. It’s like nothing you will ever see anywhere else. 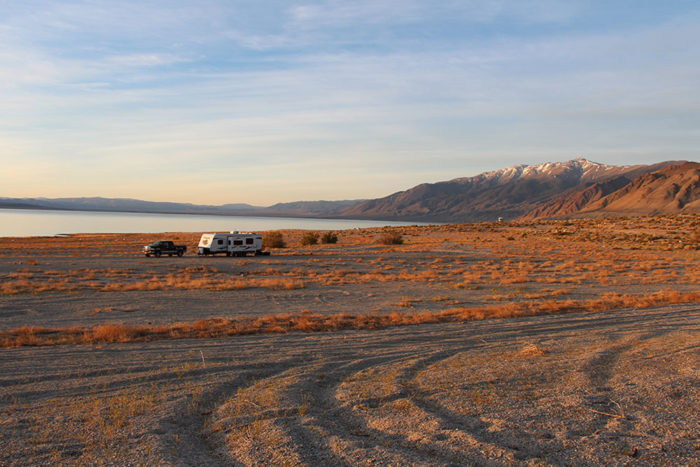 My Review of Twenty Mile Beach By Walker Lake Nevada.

Walker Lake is a great place to stop and camp for a few days if you are traveling a long distance and need a good stop in between. If you just drive in and camp along the road you shouldn’t have any problems getting out and unless someone is blocking the area by the vault toilets there is plenty of space to turn around. 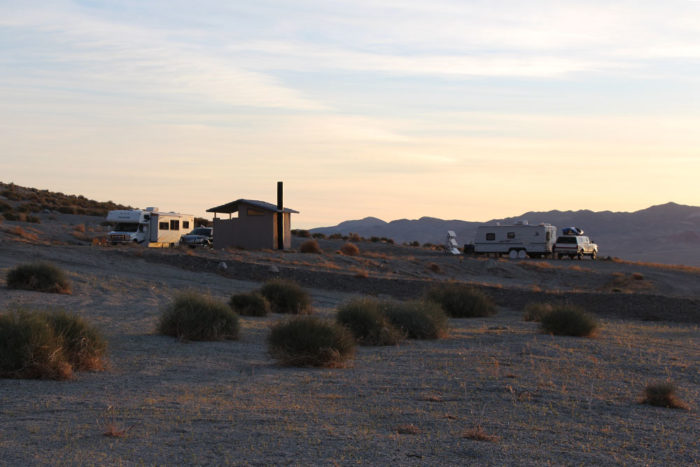 We only stayed there for a few days and it was enough. It’s more of a nice place to rest up for a few days and less of a great BLM campsite you can camp at for two weeks.
I wish they would pack down some of the sandy roads and bring in some rocks to make it easier to get close to the water with a trailer but at least it’s free and the view is fantastic.

Have any questions or comments about Twenty Mile Beach or Walker Lake Nevada? Leave a comment below.