Wireless RV backup cameras are fantastic. They don’t require a lot of installation and some of the better brands are considered to be just as reliable as the older wired rearview camera.

Furrion makes one of the most popular RV backup cameras on the market today.

Many campers choose Furrion over others because of its reliability but it’s also because many RV manufacturers install Furrion pre-wire kits on their RVs right in the factory.

One slight downside to all wireless RV backup cameras is the signal can sometimes get a little sketchy on long RVs and trailers, especially at high speeds.

In this post, I’ll go over a few things you can do to help stop the Furrion camera disconnecting issue.

Hopefully, your problem will be resolved but if not leave a comment at the end of this article and I’ll try and help you figure out what’s causing the issue.

Note that many of these troubleshooting tips also work with other brands of RV backup cameras. Even the antennas linked to below should be compatible, but always double check before purchasing to make sure.

Pair the Camera to the Monitor

It’s so easy to install a Furrion RV backup camera onto a pre-wired RV that many people miss the pair/sync step.

A lot of times the camera will automatically start working with the monitor, but it’s not 100% set up like it should be.

To pair your camera to the monitor properly you will need to remove it from the back of your RV and bring it into your vehicle.

You don’t need to take off the mounting plate, just the camera part. It only requires removing 4 screws with a Philips head screwdriver.

On the 12 volt plug that powers the monitor, there is a short second cable with a small outlet on the end. That small cable is meant to power the Furrion so it can be close to the monitor for pairing/syncing.

Plug the Furrion camera in and wait for the LED light to come on to indicate that the camera is receiving power.

Both the monitor and the camera should be on.

There’s a small button on the bottom of the camera you need to press to start the pairing process.

It should only take a few seconds for the camera and monitor to properly connect.

You can also check the signal while you have the camera inside the cab. Since the camera is right next to the monitor it should be showing full signal strength.

If it shows a bad signal something is wrong with the antenna and you may need to contact Furrion for a replacement.

Once paired you can replace the camera on the rear mounting plate.

For many people with the signal dropping while driving issue, this fixes it.

99% of wireless RV backup cameras are wired to the center running/reverse light on the back of the RV.

That way the backup camera will only power on when you’re in reverse, or when the lights are on and the battery won’t be slowly drained.

If you’ve been wondering how to get your backup camera to stay on while you’re driving turning on the lights should power up the camera as well.

See Also: How Does A Wireless RV Backup Camera Get Power?

The connection between the light and the camera can come loose over time or be wired poorly.

If it seems like the camera isn’t getting enough power to output a strong and stable signal you should check the wiring with a multimeter (click to view on Amazon).

A typical small automotive light like the kind in the running lights of an RV draws around 0.3 to 0.4 amps of power. The wires to the camera should be reading at least 0.3 amps (300mA).

If they aren’t there’s a connection problem somewhere down the line. The most likely spot is where the camera wires were connected to the running light.

This might seem silly but some RVers have reported fixing signal issues by flipping the monitor upside down and mounting it to the rearview mirror of their vehicle with rubber bands.

Mounting the monitor up higher not only helps stop interference from the electronics in the cab but it also gives the antenna a better position so it’s a straighter shot to the backup camera.

You could try just mounting the monitor the rearview mirror first to see if that helps but flipping it upside down so the antenna points straight down seems to help as well.

Add a Bigger Antenna for a Stronger Signal

The Furrion RV backup cameras are improving every year, but some of the older models might struggle with extra long 5th-wheels or semi truck trailers.

If you’ve paired the camera and checked the power source and you are still having signal issues the next step is to add some stronger antennas to help make the signal clearer.

The first antenna to try replacing connects to the monitor. The antenna that comes with the Furrion monitor is about the same size as the one on the camera.

Getting something that’s bigger and can mount outside your vehicle should help the signal a lot.

The GP Electric Magnetic Onmi Directional Antenna is a simple but effective option. 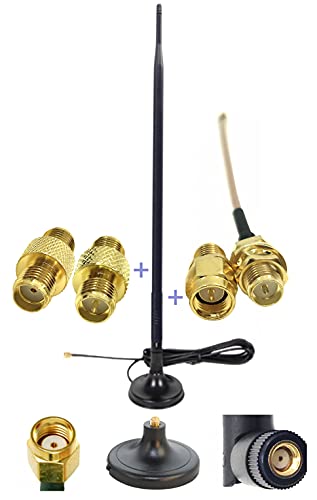 There are a bunch of small adapters included to fit all kinds of connections, and there’s one that’s compatible with the Furrion RV backup camera monitor.

When you connect it to the monitor just run the cables in front of the dash and outside the door. You will still be able to close your door without hurting the cable if it’s placed right.

Because of the strong magnetic base you just set the antenna on top of your car or truck and it’s ready to start transmitting a signal.

See Also: Why Is The Garmin RV GPS Navigation System The Best?

You should re-sync the camera to the monitor to make sure everything is set up right but you should be getting a much better and stronger signal, especially at high speeds.

If the monitor antenna isn’t enough and you are still experiencing some issues the next addition is a longer antenna for the Furrion camera.

You could connect the same antenna linked to above to the Furrion camera and mount it to the top of your camper or trailer or you could go with an option that’s a similar style to what’s already on the camera.

The Dericam Universal Security Camera Antenna is a little longer than the antenna currently on the Furrion but it’s not so large that it won’t be able to stay at a 90 degree angle when in motion. 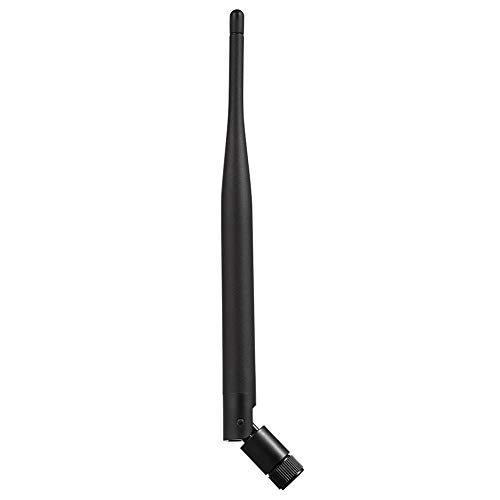 This antenna is made for outdoor use on security cameras, so it works well with RV backup cameras.

It’s not the strongest or longest camera antenna you can get but it will strengthen the signal and it’s a good option to combine with the roof mount antenna for the monitor.

Have any more suggestions for stopping the Furrion RV backup camera from disconnection or have any questions? Leave a comment below.