How To Connect Third-Party Solar Panels To Goal Zero Yeti

After purchasing a refurbished Goal Zero Yeti 1000 Lithium, we started looking for solar panels to go with it. Goal Zero makes their own and sells them in briefcase-style products, but we were hoping to find a cheaper option.

Suddenly one evening, a deal showed up and we decided to buy two Renogy Foldable Solar Suitcase Kit 100W. Of course, we could have done a DIY setup for even less but we thought the deal was so great with the included carrying bag and stand that we went for it. We bought one with a solar charge controller, and one without. By bypassing the solar charge controller (click here to read my post about that), we can charge our Yeti 1000 with both suitcases. This way we can also connect both suitcases to directly charge our RV battery.

If you’re thinking about buying solar panels from Renogy, you can use my link to save 10% on your purchase*. Disclaimer: I earn a percentage on the sale, but it doesn’t cost extra for you. (*Excludes GEL/AGM batteries and sale items.)

How To Connect Third-Party Solar Panels To Goal Zero Yeti

Renogy’s panels have a positive male MC4 connector, and a negative female MC4 connector coming from the panel. This means that we need an MC4 to Anderson Power Pole Adapter where the female is positive, and the male is negative. The cable below has exactly that. 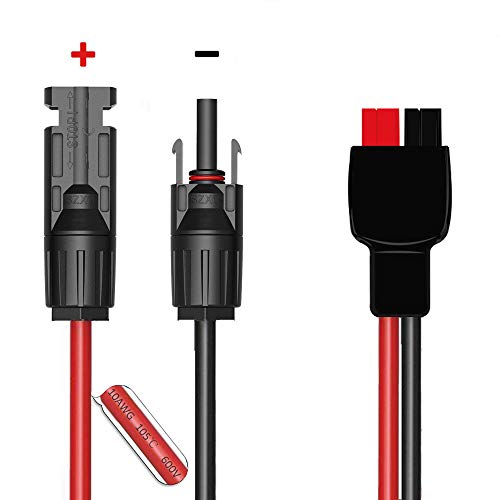 As you can see, the female on the cable above is a positive wire (red), and the male is a negative (black), making it a match for my Renogy solar panels.

If you have a solar panel where the MC4 positive wire is a female, and the MC4 negative wire is a male, you’re going to need the cable below. 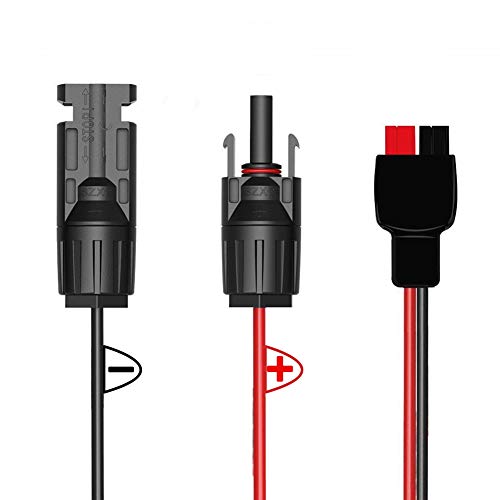 Now, if you would rather use the 8mm input, or want to use both with additional panels, we need the same thing but an 8mm on the end instead of the Anderson Power Pole. If your panel has a positive male (red) and a negative female (black), we’ll need the cable below. 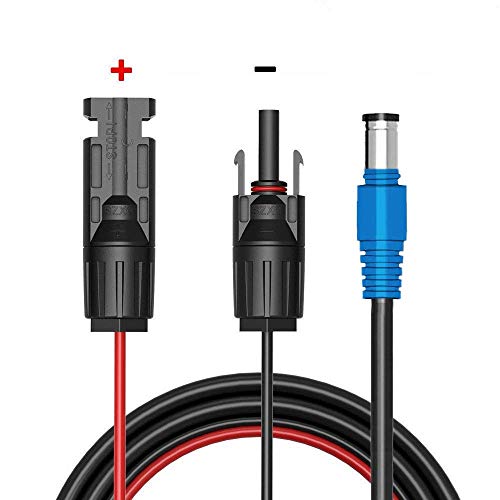 If your panel has a positive female (red) MC4, and a negative male (black) MC4 wire coming out of it, you’ll need the adapter below. 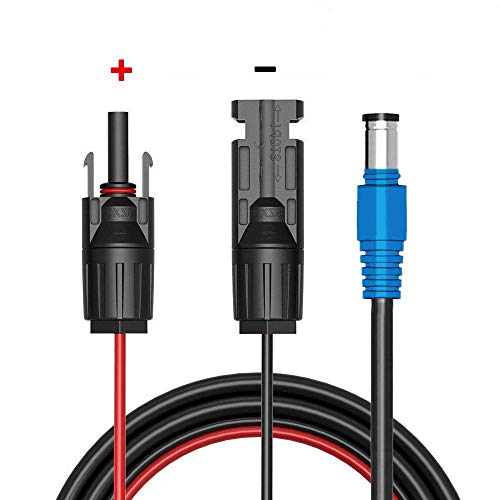 One thing that both the PWM and MPPT have in common is the max 22-volt rating on Yeti lithium stations. What this means is that the solar panel we buy can’t be rated at more than 22V Open-Circuit Voltage (Voc). Note that this is the case with Goal Zero’s solar charge controllers on the Yeti Lithium at least, and if you have a different power station with a Max voltage it might be talking about a different rating.

I have gone more in-depth about this in my post about solar panels compatible with Yeti stations.

If you have a Yeti non-lithium power station, the max voltage is different and depends on which model you own.

To figure out what a panel is rated for, the best way is to visit the manufacturer’s website. Renogy makes the solar panel we bought and the specific model can be found here on their website. If we click on Specifications, it tells us that the Open-Circuit Voltage (Voc) is 21.6V, which is under 22V, making it a compatible panel for our Yeti Lithium. Note that you want a panel without a built-in charge controller though, as the Goal Zero Yeti power stations have them built-in already.

The panel comes with two cables sticking out of it, one MC4 male and one MC4 female. The inputs available on the charge controllers on the Yeti Lithium, however, are 8mm and Anderson Power Pole. So what we need is an adapter to connect to either one of those. I decided to use the Anderson Power Pole input since it can handle more amps than 8mm.

Can You Just Tell Me What Panel Works With What Adapter?

If it’s still confusing, a Renogy solar panel with the correct adapter would be:

How To Connect Two Or More Panels?

When connecting more than one panel, we have to be careful with how we wire them. Two panels wired in series will exceed the maximum 22 volts quick, so we must wire the panels in parallel. What wiring in parallel means, is that the positive wires meet each other separate from the negative. This will add the amperage together, but not the volts, as series wiring does. This is done with a connector like this (click here).

Plug each positive wire into the same connector, and then plug the connector into the positive (red) female on the adapter we looked at before.

Then you take both negative wires, plug those into the negative (black) male on the adapter that you’ll plug into the Goal Zero.

If you want to connect three panels, this is the adapter you’ll need.

If you want to connect four panels, this is the adapter you’ll need.

Make sure you don’t exceed the max watts the Goal Zero can handle, see below for those numbers.

How Many Watts Can The Goal Zero Lithium Power Stations Handle?

The 8mm charging port on both the PWM and MPPT only likes up to 10A (150 watts) which is why I recommend using the Anderson Power Pole instead.

I use MC4 connectors to extend my cables. I made my own but WindyNation sells different lengths with both 10 and 12 gauge cable. 10 gauge is recommended for up to 40A, and 12 gauge for up to 30A. If you find a different cable I recommend buying one that has an obvious red and black wire, so you won’t accidentally connect the wrong one into the Goal Zero.

Let me know if you have any questions by leaving a comment.

Welcome to The Camping Nerd. I am Jesse. My wife and I travel full time in our RV. At the Camping Nerd, I write about our favorite camping and RV gear. You will also find how to’s and reviews. Thank you for stopping by.

Scroll back to top